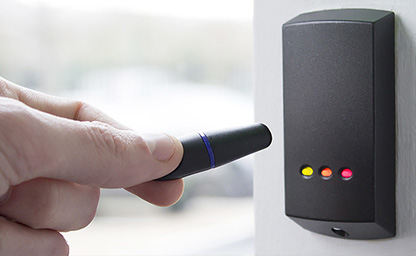 As a business owner or property manager, you understand the imperative nature of having efficient, dynamic security measures put into place for all factors of your business. With the proliferation and sophistication of modern hackers, network security has become a top priority for many businesses. However, facility security is just as important to the livelihood of your business and should be considered just as seriously as network security.

Today’s access control systems can offer an unrivalled level of facility security. These systems are highly customizable for your facility and business type and can provide real-time insight into the areas of the facility that are being accessed at any given date and time. Some of these dynamic systems can even easily integrate with other facility security systems in place such as closed-circuit cameras or alarm systems.

Why do i need access control for my business?

This type of security is known as discretionary access control  and is only suitable for small premises with one, perhaps two doors. This is because, with discretionary access control, the end-user has the means to determine security level settings by granting access to others i.e. lending them their key card or telling them the pre-determined code.

It is therefore unsuitable for large premises or premises protecting sensitive information, where levels of access must be delegated and/or monitored.

Mandatory Access Control is generally utilised in organisations that need an increased emphasis on the security and confidentiality of data. An example of this would be a military institution, in which the protection of classified information is paramount.

MAC does not permit the end-user to determine which entities have access to a facility or unit, rather, only the owner and system administrator have management of the access control. With MAC, the administrator will typically classify each individual end-user and provide them with a status which allows them to gain entry through some points of access, but not others, based on established security guidelines.

With an RBAC system, access is determined by a system administrator and is based upon the end user’s role within a household or organisation, therefore access privileges are defined by the limitations of their job responsibility.

So rather than assigning an individual as a security manager and granting them access to each secured area relevant to them, as is the case with MAC, the security manager position already has access control permissions assigned to it.

This means that rather than the system administrator assigning permission to multiple individuals, they need only assign permissions to specific job titles.

The RBAC system is best utilised in large organisations that need extensive security. Defining a person’s permissions based on their job role rather than them as an individual, means you can control access for groups of people which greatly streamlines the process.

There are several types of security systems available and it’s important that we select the best one for your premises, Call us FREE on 0800 298 8621 and we will be happy to provide a FREE ‘No obligation Quote